Could discoveries made this century about neurological development at a pre-natal level be about to shed some light on the truth: how many of us live with a dyslexic brain and what this means for yesterday, today and the technological future we are pioneering our way into.

Researchers are currently offering important answers to life-long questions: years of studies are combining together and in doing so are developing our understanding of and knowledge about genetics, the brain and child development (and adulthood too).  It is ground breaking.  It has reached the point where they are able to prove ancient theories - from Adolf Kussmaul’s 1870 ‘congenital word-blindness’ or stretching back to Socrates’s initial concerns about the change from an oral culture to a literate one, in the fourth and fifth centuries BCE - right or wrong.  It’s astonishing how close our ancestors’ predictions were.  Through careful thought, examination of subjects and the most primitive forms of surgery, the earliest scientists, psychologists and doctors were able to make astoundingly insightful hypotheses about the psyche, the self and ultimately the minutiae of genes that make each and everyone of us unique.

In order to appreciate fully the impact of these findings it is important we start at a shared understanding of the term dyslexia, and what it means for the brain and the individuals.  Definitions of dyslexia have changed over time.  In Maryanne Wolf’s fascinating book Proust and the Squid (2008) she discusses the problems faced when trying to agree on one way to define it.  The reason for this is that increasingly Science is uncovering new forms and strands.  In her final chapter: ‘Genes, Gifts and Dyslexia’ she sums up Gerschwind’s thirteen conclusions that he and Orton agreed “should be incorporated into any explanation of dyslexia. Beginning with the genetic basis... and possible structural differences in brain organisation, this list went on to include remarkable spatial talents found in affected family members... an unexpected ability to read equally well upside down or in a mirror [like Leonardo Da Vinci]... dysgraphia; unusual speech, affect, and  motor findings...(such as stuttering, ambidexterity, clumsiness, and emotional issues); slowness in the acquisition and development of speech and language systems”.  What this allow us to do, as readers, is to gain insight into the truth: that dyslexia is not just about ‘reading and writing problems’. 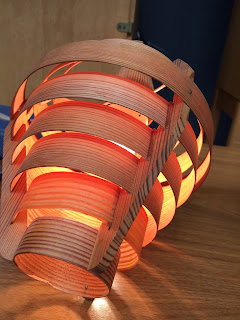 It is about far more.  And it could be in all of us.

Surrounded by systems and policies, whereby the rich get richer and poor get poorer, it may come as no surprise that reading encumbers society in much the same way.  It is not equivocal that being able to or not being able to read can establish (from a very young age) the ease at which one will or will not be successful later in life.  Scientifically, this is because in a reading brain the human brain’s ability to connect and integrate various sources of information is more developed: this is the literate brain. For those with a dyslexic brain set up, these same connections and the speed at which they are made is hindered, from pre-natal through to early adulthood. There is no doubt in the researchers minds that the development of the brain is very much a battle of nature vs nurture, and neglect: “the more children are read to, the more they understand all the language around them, and the more developed their vocabulary becomes” (Wolf) so the same can be said for the opposite.  To summarize, in a literate society where everything is geared towards the reading brain, if you can read your life chances are increased.  Take, for example, school assessments: a student’s success is determined by end of year, exam based tests. Most of these will be reading and writing focused.

And yet, the historical development of the spoken word being recorded (ultimately leading to a literate society) means we have been able to learn about where life began, through scientific and philosophical recordings and engravings and the survival of historical texts - “without words, without writing, and without books there would be no history, there could be no concept of humanity” (Hesse, Hermann).  It is this ‘shared human quest for knowledge’ which has led us into the current technological age at high speed and perhaps with not much sense (especially if we might be creating the mechanical monster which could wipe out the human race).  In a round about way, the development of a literate society (and the oppression of the dyslexic brain) could be viewed as less of a hindrance and more like an unavoidable, necessary evil for the progress of all human kind... or its demise.

On a more cheerful note, there are in fact many advantages to having a dyslexic brain. Although these individuals may experience slower processing speeds, what is known as a “gap in time” or “asynchrony” (coined by Israeli psychologist Zvia Breznitz), as well as “naming speed” delays, they show stronger connections in other areas of their brain.  Even though the “left angular gyrus” has been found by neuroscientists to be completely non-functioning in a dyslexic brain this is because they have a rearranged a brain, and use an “altogether different reading circuitry” (Wolf).  A dyslexic brain is atypical - it is not our ‘typical reader brain’. However, Wolf goes on to explain that the “unusual reliance on the right hemisphere” and “bilateral use of pivotal frontal regions” means that they have strengths where the reading brain shows weakness: greater “creativity, pattern deduction and contextual skills”.  Hence the answer to why so many architects, artists, designers and scientists are dyslexic.  Their brains are better suited to those jobs.  It’s the brain not the person.

Socrate’s fears were well founded: the modern focus on a literate society being the ‘best’ society has oppressed the dyslexic brain and rendered it useless, while - simply - it is a brain we cannot do without.

Disappointingly and all too often, both historically and still in this modern age, children with dyslexia are told they are failing - at reading, writing and understanding. They are told that they are ‘behind’ where they should be, slower than their peers, and that they will amount to nothing unless they ‘catch up’.  Does this sound familiar?  It may not have happened to you but I am sure there is someone you know who has experienced this confidence and character crushing rhetoric. Yet some of the most profound and progressive achievements were made by those who had a dyslexic brain.  To name two iconic leaders of revolutionary thinking: Albert Einstein, who did not speak until nearly three and was mediocre at subjects requiring memorizing, and Thomas Edison, who had poor health and struggled to read and yet had a mind fit for wonderful creations.

The tragedy of dyslexia, Wolf writes, is that no one tells this to the children and they all too often live a life of humiliation.  She calls for these new findings into dyslexia to result in intervention which “explicitly addresses every component system of reading intensively and imaginatively, until some level of automaticity and comprehension is attained”.  Doesn’t it feel like it is time for society to take responsibility?  Firstly by assisting - training teachers so they are able to help individuals better - and secondly by moving forward - the development of digitalisation and A.I. might well be the area where the dyslexia brain flourishes while the reading brain flounders.

All children will need to be “bitextual” or “multitextual” readers - this is what the digital future will demand of us all.

Ray Kurzweil describes the future like so: “we have the confidence that we will have the data-gathering and computational tools needed by the 2020s to model and simulate the entire brain, which will make it possible to combine the principles of operation of human intelligence with the forms of intelligent information processing and inherent strength of machines.”  Simplified: human brains and machine brawn hybrid. He goes on, “...we will then be in a position to implement these powerful hybrid systems... that greatly exceed the capabilities of the human brain’s relatively fixed architecture...”  Machines will out grow human design and themselves, exceeding all human capabilities. No wonder there are fears of a redundant population (Yuval Noah Harari, 2018).  In truth, the biological brain has not changed structurally in the 40,000 years since our ancestors were nonliterate humans.  What chance would mere mortals have against artificial intelligence, which is developed to adapt and evolve and always find ways to better itself?

As Sam Cooke sang, “times are gonna change, oh yes they are” and the romantic notions of George Eliot, that “reading changes our lives, and our lives change reading” are a thing of the past, in a literary sense.  Learning to read, Wolf writes, is a wonderful thing that can go wrong for any number of reasons. In her wonderful, explorative book, she exemplifies the known numerous types of dyslexia, from reading and writing to speech and emotional issues. She examines the cause and effect - linguistically impoverished backgrounds and bilingual households, to finding the best intervention.  Her verdict: dyslexic people are not dumb or failures.

There are lessons to be learnt and, excitingly, prospects to be had. With the help of her sons and her experiences at the Center for Reading and Language Research, conversations and unraveling ideas, Wolf concludes that “dyslexia will turn out to be a stunning example of the strategies used by the brain to compensate: when it can’t perform a function one way, it rearranges itself to find another, literally.”

What came first - the brain or the function?

In pre-literate times, the dyslexic brain thrived. In literate society it suffers. In a futuristic society of digital choice and the electronic transmission of knowledge, how will the brains compete?

What will be lost to the reading brain if we replace these skills with highly developed computers or AI?  In other words, what if we don’t need to read (in the modern sense) in the future?  And what will be gained by the dyslexic brain, in a digitalised, visual-auditory society?  Undeniably, we needed to develop reading and writing skills and should be thankful to the ‘reading brain’ for getting us where we are today.  However, will we need it in much the same way in years to come?  Or will the brain evolve, yet again, to diversify its genetic set-up to form a brain capable to meet all our needs.  My favourite quote Wolf uses in her book is this, and seems apt to be my final offering to you, a Viennese expression: “If two choices appear before you, there’s usually a third.”
- May 11, 2019